Chevrolet’s 2020 Corvette was recently loaned to us here at Daily Motor, so we took the opportunity to test its highway fuel mileage for those interested in road tripping these cars. This specific eighth generation Corvette is a convertible, non-Z51-package variant which means it has Michelin Pilot Sport All Season 4 tires, no additional aerodynamics or rear spoiler, and a longer final drive ratio, all of which will contribute to better fuel mileage than the bad-boy Z51. All 2020 Corvettes are equipped with an eight-speed dual-clutch automatic transmission and 6.2-liter LT2 small-block V-8 providing Active Fuel Management (GM’s brand name for cylinder deactivation) which stops sending fuel to all cylinders when the car doesn’t need much power. This specific test highlights the difference between saving your valve lifters or in the end saving a few extra Franklins at the pump.

The first run was conducted with AFM enabled and came out to a respectable 27.8 MPG while never shifting down to seventh gear from eighth. Compared to competitors, this is really quite decent for a 495 horsepower performance convertible. For the second run, we used manual shift mode which eliminates cylinder deactivation. This identical route returned 27.4 MPG, or a little under a half mile per gallon less than with AFM enabled. EPA fuel economy estimates for the 2020 Vette are 27 MPG on the highway.

From this testing, we can determine the 2020 Chevrolet Corvette should be able to travel 514 miles before needing another drink with AFM enabled and 507 miles with AFM disabled. Possibly ruining valve lifters in the long run or saving a few pennies now and spending more after 100k miles? It seems the answer may be clear.

This Daily Motor real-world highway-fuel-economy test consists of over 60 miles of consistent highway driving. We fill the car using the “three-click method,” meaning running the gas pump on high flow until it clicks, waiting 10 seconds, running low flow until it clicks again, waiting another 10 seconds, then running low flow one very last time. The lowest-octane gasoline accepted by the vehicle’s manufacturer is used. We then drive about 30 miles on public highway in one direction and then back in the opposite direction, attempting not to draft or drive aggressively. We set the cruise control at GPS-indicated 72 MPH in an attempt to achieve a moving average speed of 70 MPH over the entire test. Upon return to the gas station, we refill at the same gas pump as the initial fill using the same fueling method. Miles per gallon is determined by dividing total miles traveled by fuel used. In cases where our observed figure differs greatly from the vehicle’s indicated figure and/or EPA’s estimate, we may recommend a number in between or plan to retest the vehicle.

If you’d like to see the C8 Corvette test in action, check out our video here!

Is the EPA’s Subaru WRX mpg rating accurate in the real world? We tested a 2020 6-speed WRX to find out if it really is a gas guzzler.

We test the 2020 Land Rover Defender P400 MPG to find how much fuel it drinks on the highway. Moving a box like this takes a lot!

When a friend offers you the chance to drive a Mazda MX-5 Miata RF, a Subaru BRZ, and a Honda S2000, you get there as fast as you can. Run, don’t walk. We had a 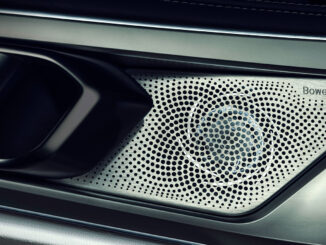 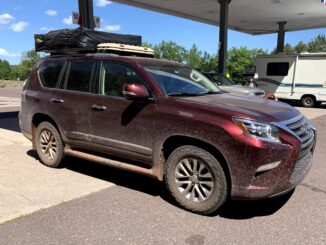 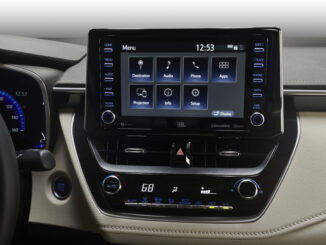